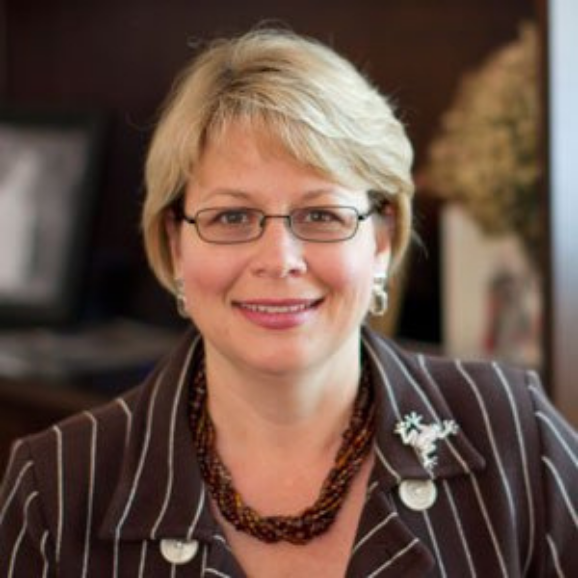 As vice provost for administration and chief of staff, Anda Webb is the chief financial adviser to the executive vice president and provost, providing oversight of the financial budgets of the university’s schools and academically related centers and units, an annual total of more than $400 million.

She serves as senior adviser for the academic areas in the development of a new financial model for the University of Virginia. She oversees employment policies and personnel matters for the provost’s areas and supervises the development and revision of academic policies. In addition, she has oversight of the Office of the University Registrar; the Office of Virginia Status; and the Air Force, Army and Naval ROTC units. As chief of staff, she oversees the administrative functions of the provost’s office, managing a staff of 15.

Webb serves as the provost’s executive sponsor to the UFirst Initiative, a project designed to develop a strategic vision and high-performing efficient service model for human resources, and as a member of the Managerial Reporting Oversight Board, an initiatve designed to provide robust financial planning, analysis and decision-making in support of the university’s strategic priorities. From 2004 to 2009, she was responsible for the development and initial implementation phases of the Student Systems Project, the university’s replacement of its student information system.

Webb joined the University of Virginia in 1987. From 1988 to 1997, she served as assistant to the provost and academic affairs associate with the Office of the Provost.

Prior to assuming the position of vice provost, Webb served as associate dean in the School of Continuing and Professional Studies (1997–2001). In this role, she was instrumental in creating the Bachelor of Interdisciplinary Studies, the university’s first part-time degree program for adult students. Her responsibilities as associate dean included oversight of regional academic centers serving 16,000 students; management of a $12 million budget; and improvement of the school’s academic standards, policies and procedures.

She currently serves as a member of the Vice President Designee Committee for the university’s enterprise systems and the advisory committee for the Virginia Festival of the Book. She serves on the advisory committee of the Leadership in Academic Matters Program and teaches in the program. She is a member of the executive board for the Virginia Network for Women in Higher Education.

Webb is an ICF-credentialed leadership coach. She is the recipient of several awards, including the Elizabeth Zintl Leadership Award (2012), the William E. DePuy Award (2014) and the Samuel R. Crockett Award (2014). She is certified to administer the EQ-i 2.0, EQ 360 and EQ-i 2.0 Higher Education emotional intelligence assessments.

Webb earned her B.S. in computer science from the University of Southern Mississippi and her M.B.A. from James Madison University.